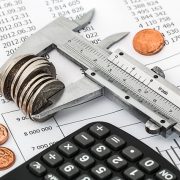 There have been a lot of changes to the tax position for non-domiciled individuals and this article sets out some of the main changes.

If you are UK domiciled and you decide to emigrate and settle permanently in another country, you will be deemed to be UK domicile for 3 years.

From April 2017, if you are not UK domiciled, you will be deemed to be UK domiciled once you have been in the UK for 15 out of 20 tax years. However, whereas the concept of deemed domicile used to only apply for IHT purposes, from April 2017 it will apply for ALL tax purposes. This change does not affect your domicile status for legal purposes, but it will change the way that you are taxed in the UK.

If you were historically domiciled in the UK but have successfully changed your domicile position by settling in another country, you will need to seek advice if you intend to return to the UK and become resident here. New rules have been introduced from April 2017 which may mean that you will reacquire your UK domicile status.

Remittance basis
Under general UK tax rules, if you are resident in the UK you will be taxed on your worldwide income and gains. If you are not domiciled in the UK, however, you were able to limit the UK tax charge to your UK source income only. UK tax would only be paid on your offshore income if you physically bring it to the UK. This is commonly known as the remittance basis of tax.

New Rules
Since April 2017, no remittance basis charge applies after you have been UK resident for 15 out of 20 tax years. Instead you will be deemed to be UK domiciled and the remittance basis will no longer be available to you. You will be taxed on your worldwide income and gains. If at 6 April 2017 you have already been in the UK for 15 tax years, you will need to pay UK tax on your worldwide income and gains from this date.

If you have any questions regarding your domiciled status or your non-domicile tax position, please get in touch here.

Want to join the discussion?
Feel free to contribute!

Benefits of Being Domiciled Outside of the UK